In February we were invited* to Sapporo Teppanyaki in Manchester and had an incredible lunch. A few weeks ago, we were invited back to go and taste their Christmas menu. We couldn’t make the evening they were doing in Manchester so we went to their Liverpool branch instead.

We had high hopes for the evening as we have such good memories of the food and the entertaining way of cooking from our previous visit, Lucas still tells people about the chef setting fire to the hot plate and throwing hot potatoes in peoples mouths! I’m going to get the negative points out of the way now before I move onto the food. The service, unfortunately, was really slow. There were about 30 people there to review the Sapporo Christmas menu and one waiter trying to keep up with taking orders and getting people’s drinks. Sadly, it wasn’t well organised. We were asked to order from the premium banquet which is five courses and we never received the second course. The chef cooked everyone’s main courses in front of us but seemed to forget about ours even though he checked what we had ordered three times. By the time we did receive our meat, our potatoes, rice and vegetables had been going cold so we ate those before we got the meat hence, not many photos. We went in to eat at 7.30 and left at 10.20 without dessert being served by that time. Thankfully, someone at the front did say they would grab them for us and put in a takeaway box so we had them once we got home. Ok, now onto the positives, the food was delicious. We absolutely love watching the chef cook in front of us and he had the table in stitches, laughing at his jokes with everyone. He was a real entertainer and much to Lucas’ delight he went around the table, throwing potatoes in everyone’s mouths. For starter I had edamame with sea salt and D had them with chilli salt. We were meant to have some spring rolls after these but this is the course that didn’t turn up. I had Japanese clear onion soup with scallions and sesame which was incredibly flavoursome. D opted for hot chilli prawns, king prawns in a spicy-sweet soy sauce. For the main course, I chose lamb cutlet with mint teriyaki and D went for sirloin steak and jumbo prawns with garlic butter soy sauce. They were all cooked to absolute perfection and were scrumptious.

For dessert we both opted for chocolate spring rolls with both white and dark chocolate in them. They were served with ice cream but this was melted by the time we got home. Lucas enjoyed chicken karaage which is breaded chicken cooked in soy and garlic. We had a little taste and they were so good. They were served with sautéed potatoes and barbecue sauce. Lucas finished off with a scoop of ice cream.

Sapporo Teppanyaki is such a fun place to eat and the food is incredible, it’s just a shame the evening wasn’t more organised. 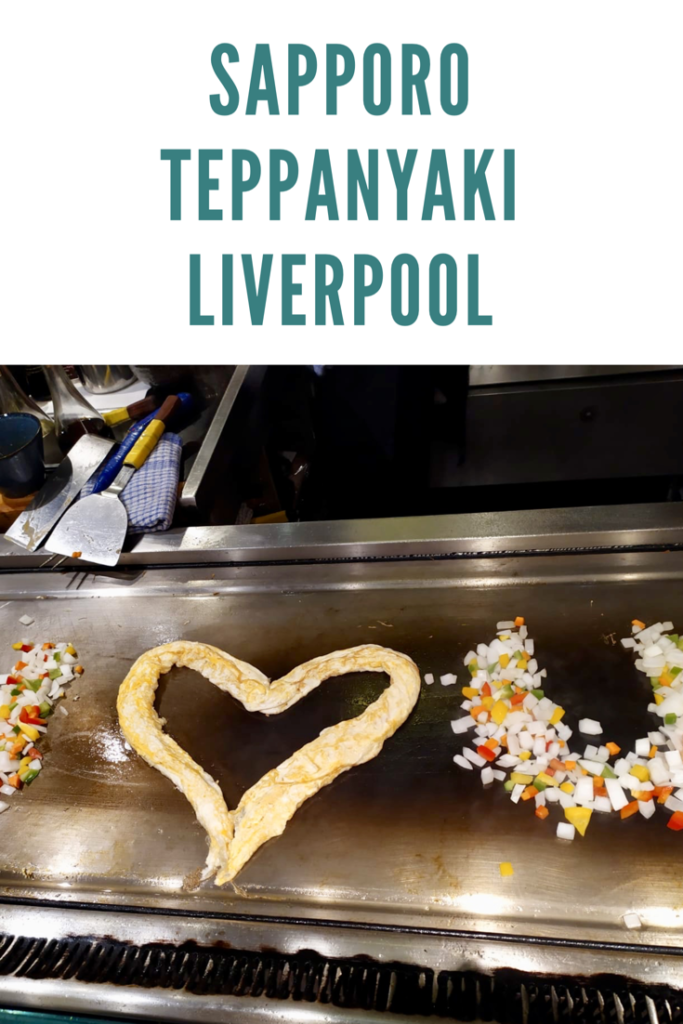