Lucas loves collecting things and loves blind packets of everything from Thomas Mini’s, Kinder Egg toys, Harry Potter Lego Men, Paw Patrol squishies and now he has been introduced to a new surprise on the market from Peppa Pig. Lucas was sent* two Peppa Secret Surprise boxes which are cube shaped presents, due to launch in the UK this December and other countries next year. Within the presents, are six hidden drawers that open up. These drawers open to reveal five secret blind bagged toys plus a fun sticker sheet. As you go through opening the drawers, you find exclusive Peppa Pig character figures and party outfits to go with the figure which includes everything from a large accessory, party hat, a gift box that opens up, a sticker sheet and a party gift. Within Lucas’ boxes where Rebecca Rabbit with a fun party related sticker sheet, a purple and yellow party hat, some wings for her back, a slice of birthday cake and gold gift box. 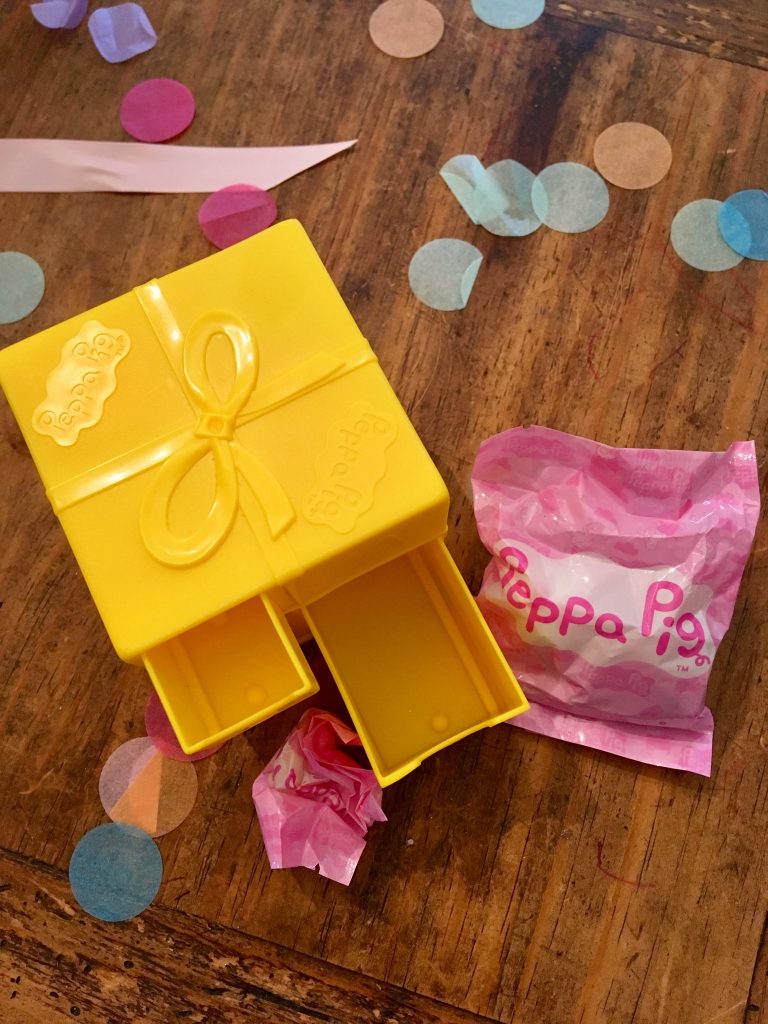 In the other box he found Zoe Zebra who came with a silver gift box, a handbag, a sheet of stickable gems, a silver glittery cape and a pink and gold crown. These boxes retail at £9.99 so they are more than we currently spend on the blind packs of figures and squishy toys but the same bracket as the bigger blind packs such as LOL. I think they are great for birthday gifts for nursery friends birthdays and for special treats for Lucas. The boxes are great for reusing and keeping other things in once the character has been fully dressed for the party and I think the amount of accessories you get in them is good value for money as the characters can swap accessories and are great for encouraging role play x « OppoSuits review
Making the most of essential oils »