We were very lucky to be sent* some tickets to visit Alton Towers by 365 Tickets. The theme park is known for its  ground breaking rollercoasters, beautiful gardens and endless family fun, three hotels, a wacky Waterpark, a luxurious Spa and zany Extraordinary Golf. We spent the full day in CBeebies Land, from it opening at 10 and closing at 6. CBeebies Land is home to a range of themed rides, attractions and live entertainment, it is a completely immersive experience for children and families. We went on a few rides but my favourite part of the day was the Furchester interactive show where we went into the hotel and was welcomed by Phoebe, Funella, Furgus, Elmo and Cookie Monster. The show sees the hotel prepare for the exciting arrival of Chick Swagger, the children had to look around the hotel for cookies, ready for his arrival. One of the children that volunteered also helped with watering the plants. Everyone then learnt the Chick Swagger dance to rock a doodle do hit, Tail Feather Shake. 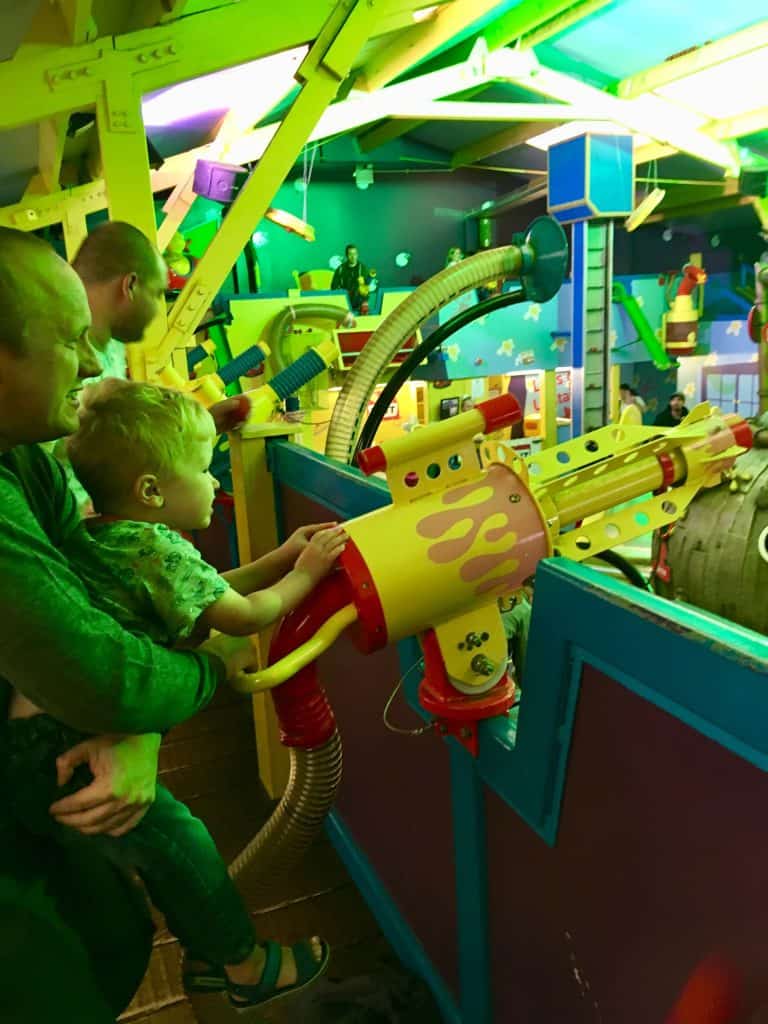 D’s favourite was Justin’s House, the Pie-O-Matic Factory. In here, Robert has been inventing again making custard pies and it was our job to get the cherries on top. This isn’t for the faint hearted, you go in and are given a bag to collect as many red balls as you can and load them into the guns to shoot, you most probably will get hit and balls are literally being shot everywhere. D loved shooting and got into a battle with a couple across the balcony and Lucas really enjoyed running around collecting more balls to keep D’s ammunition going. Lucas’ favourite ride and we went on this a few times was the Go Jetter’s Vroomster. You can fly around the world in your own vroomster and there is a lever at the front where Lucas could guide it up or down as we were flying. We also went on Lucas’ first rollercoaster ride which was the Octonauts rollercoaster adventure and whizzed around the Numtums Number-Go-Round. We explored Nina’s Science Lab where Nina’s much loved neurones demonstrated how they effect our 5 senses.  We played in Tree Fu Tom’s training camp. 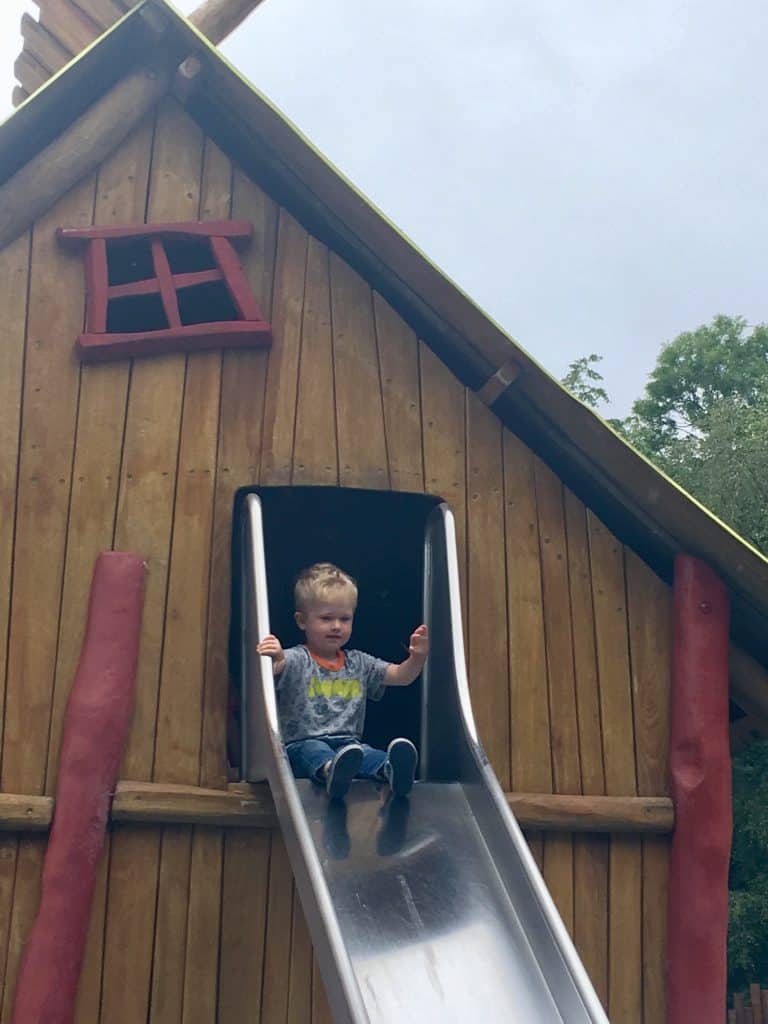 We went on a drive in Postman Pat’s van and helped Pat sort of the parcels that had been mixed up. Lucas enjoyed being the driver and having us in the back seats. Through the route, Lucas had to solve problems and press the correct buttons in the van to deliver the parcels where they should be. We set sail on the In The Night Garden boat ride where we had a journey through a real night garden and spotted the characters along the way. Even though Lucas doesn’t watch it anymore, he still got excited when he spotted all the characters. We walked through the Something Special Sensory Garden and crept past Grandpa Tumble, who we could hear snoring in the garden shed. We followed Mr Tumble’s spotty bag trail and found special objects as we went round the garden and woodland. We had a great day out and I can see why people spend a couple of days here, we didn’t even step out of CBeebies Land and there is so much more to do. I remember visiting Alton Towers with my parents when I was younger and there was an incredible firework display for the event. Alton Towers at Christmas looks magical too x